MUSIC BOOKING
Tory Gallery Promotions works with musicians to book tours and shows on the East Coast of the United States. We are not currently accepting anymore clients for this service but If you are interested in booking anyone on the current roster list, get in touch and we can talk about booking them at your venue, house concert, festival, etc. Also make sure to check out the "Events" page to see where to cach some great upcoming live music!

Scroll down to check out the current artists TGP represents!
MICHAEL RONSTADT 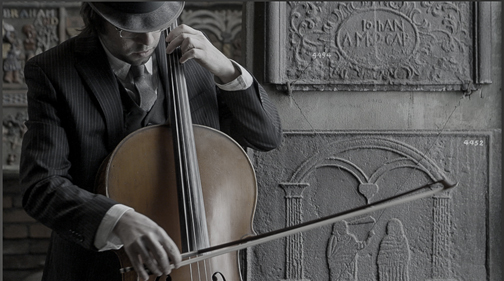 An adept multi-instrumentalist, vocalist and composer, Michael G. Ronstadt has been captivating audiences throughout North America for nearly two decades. A master at his craft, Ronstadt traverses a mélange of musical styles that range from anywhere between folk, jazz, classical, Americana and the wildly ethereal. Nephew of Linda Ronstadt, Michael brings a rich musical heritage and absolute knack for improvising up a storm. He holds a masters degree in cello performance from the University of Cincinnati’s College Conservatory of Music (CCM). Ronstadt displays genre-blending explorations on cello and guitar in complement to thought-provoking lyrics. To say his originals are unusual is an understatement since they set the bar at olympian heights in their depth and breadth. In addition to his solo and group recordings, Michael G. is a much sought-after studio musician, who has appeared on more than 170 albums in the last 20 years. Michael, who hails from his famous Arizona family, now lives in Cincinnati, where he is a sought-after cello teacher and mentor.
RONSTADT BROTHERS

Ronstadt Brothers continue a musical tradition passed from generation to generation in the Ronstadt family. Michael Gilbert and Peter Dalton, Ronstadt Brothers, represents five generations of the family’s musical traditions in North America. Along with innovative drummer Aaron Emery, they present a new and fresh take on the traditional Southwestern and Mexican songs of their family’s heritage while offering innovative original material to millennials discovering the treasure of roots music. An aural illustration of inception to creation, this musical journey will take you from the past to the present steeped in the Americana vein. Carrying forward a sound closely tied in its infancy to their aunt Linda and their father Michael, join the Ronstadt Brothers on their journey through the Post-Modern American West.
ANDY COHEN

Andy Cohen grew up in a house with a piano and a lot of Dixieland Jazz records, amplified after a while by a cornet that his dad got him. At about fifteen, he got bitten by the Folk Music bug, and soon got to hear records by Big Bill Broonzy and the Jim Kweskin Jug Band, both of which reminded him of the music he grew up to. At sixteen, he saw Reverend Gary Davis, and his course was set. He knew he had it in him to follow, study, perform and promote the music of the southeast quadrant, America’s great musical fountainhead. Although he’s done other things, a certain amount of writing and physical labor from dishwashing and railroading to archeology, playing the old tunes is what he does best.
© TORY GALLERY PROMOTIONS 2020